Every year there is more conflict among hunters and confusion among non-hunters regarding how and why we hunt and “trophy hunting” can often start a lively discussion!

I purchased my first hunting license in 1962 and have been blessed with many opportunities and experienced success, failure, and disappointment like everyone else and as often said that is why it is called hunting and not killing!

Many articles have been written stating the justifications why we humans hunt including but not limited to, helping animals prosper through habitat management paid by hunter dollars, economic impact hunting brings to areas with limited employment opportunities not hunting related, and Biblical acceptance of the practice.

I whole heartily agree with all of the above but I’m going to divide my personal reasons for hunting into three categories: memories, meat, and mementos. A hunting experience should have one, possibly two, or all three of these reasons. 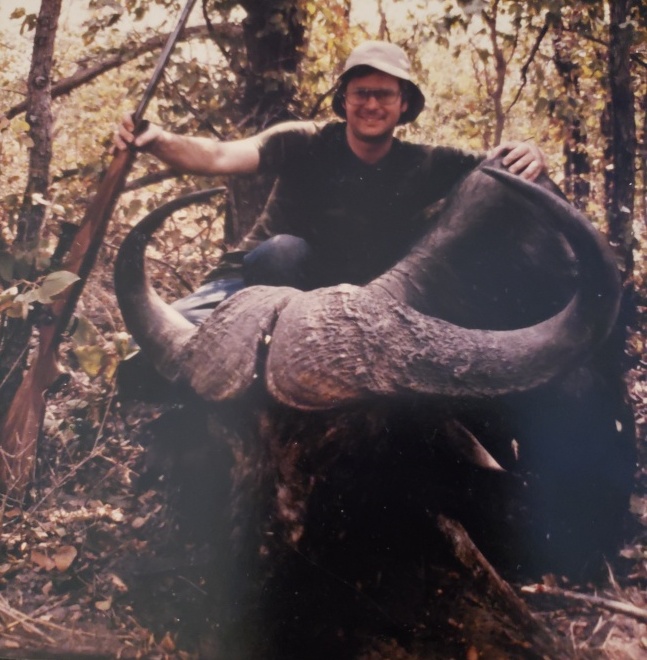 Memories: Every hunt should have lasting memories or we should not hunt.

I have had more than several hunting trips that were unsuccessful in killing or even seeing any game but have lasting memories of the experience.

An extreme example occurred in 1995 in Russia of all places. Russia was developing into a new hunting destination and the booking agent I was helping at the time was keen to get in on the action. I was invited to visit an area which was a long bumpy drive from St. Petersburg with boar, bear, and moose being possible game. Finnair comped me a free R-T business class ticket to promote their service so how could I turn this opportunity down!

The flight was pleasant, gun permit issued without incident, and when arriving at the hunting lodge several huge boars were being skinned out. There was a small problem, the group of German hunters that were to depart the day of my arrival decided to stay another week and I was “bumped” from hunting as planned. Alternate arrangements were made so I could hunt with a friend of the lodge manager in a different area. I was driven by an interpreter from the lodge to a very meager village at the end of a two track. We found my guide (Sasha) made introductions and the interpreter advised he would return for me in 6 days and drove away!

The house consisted of a kitchen/living area and two small bedrooms upstairs and the first floor was what I would consider an indoor/outhouse on one side and a chicken coop on the other. There was no running water only a gravity faucet in the kitchen and water was obtained by walking to the village well with your own bucket.

Sasha could not speak any English and we had to communicate by hand. If nothing else this was going to be an interesting week!

Long story short I did not see a single head of game the entire duration but not for lack of effort. I never to this day had a guide that tried as hard to find game. Regiment was to get up about 1:00 AM and set in a tree stand until about a little after sun rise then return to the house for breakfast and like most meals I had no idea what was being served. After breakfast we would go on a march through woods and wetlands till late afternoon then return to a tree stand until dark thirty then return for another mystery meal.

Between the minimal sleep, strange food, and no way to clean up I was starting to feel rough in a hurry.

On day 3 after breakfast Sasha pointed out the window to what I thought was a new chicken coop in progress that was bellowing smoke and said “sauna.”

What a pleasant surprise a drum of hot water and bars of soap! The routine was to sit and nearly pass out from the steam heat, wash up, then run outside and dive off a dock into the small, very cold, adjacent lake. This was refreshing and the neighbor ladies out digging potatoes did not pay us any attention.

We were into the 3rd round of this routine when I was hit from behind and nearly knocked off the sauna bench. More startled than hurt I looked up and Sasha let me have it again with a stout leafy branch and kept it up several more times. Was he trying to beat me to death or what?

Before I passed out the thrashing stopped and I sat dazed with leaves stuck over much of my body. Sasha made a sniffing motion of what leaves were left on the branch he had spanked me with. The leaves have a pleasant fragrance and the trashing is a centuries old tradition. I would have liked to have known what was coming, but you have to admit it makes for an interesting memory!

The urge to hunt must run deep in my genes and cleaning, storing, and cooking game meat is an extension of the hunt I greatly enjoy. I thought of many memory + meat hunting experiences and the following local whitetail hunt comes to the top of the list.

Opening day of the 2013 Michigan firearm season I was on stand from approximately 6:30 AM until 5:30 PM with the only deer sighted were on the adjacent property. I was not sure I would make it out of the woods that evening my legs and back were so sore! The 2nd day I decided to take it easy and hunt a different property that would be a much shorter walk to the stand and stay a maximum of four hours. About 8 o’clock I heard a buck grunt a few times then a doe with a broken lower back leg limped into sight. The buck grunted once again and antlers appeared above the weeds as he followed her into the open about ten yards away. What to do? My hunting time that season was going to be limited and this might be my only chance for a buck but it might be best to take the doe.

I decided to do the right thing and shot the buck and made sure the doe did not get away!

A great memory of shooting a true double with an unorthodox firearm choice of a 12 gauge over/under with 3” copper plated 00 buck in both barrels. Boom-boom two white bellies up and a lot of work to do but a future big box of steaks, chops and burger to share and enjoy! 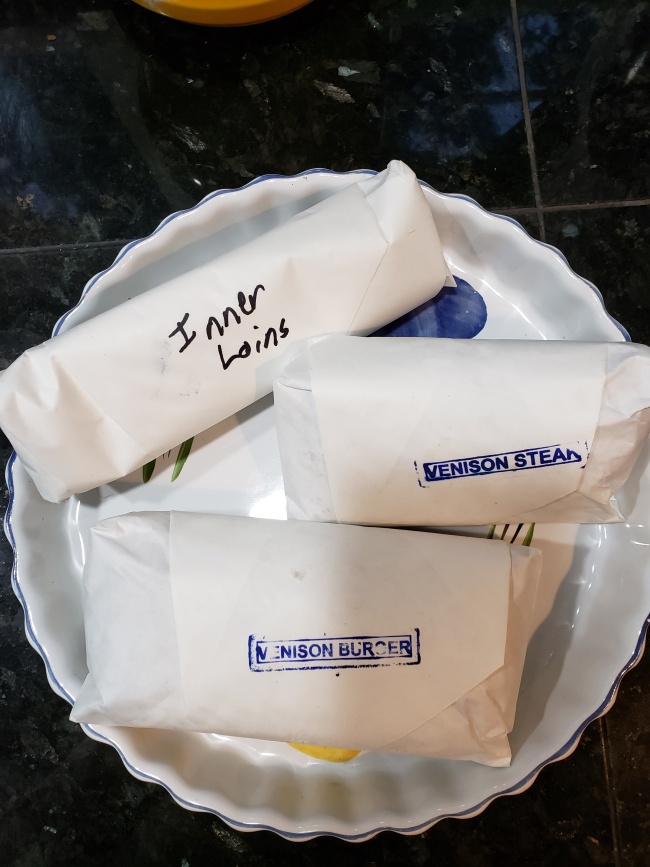 The experience that brings together a great memory, meat and memento dates back to Labor Day weekend 1984 in Northern Botswana on the Kwando River. I had just finished some service work for Sasol a petroleum & chemical company in South Africa and joined a group to hunt Cape buffalo and plains game including sassaby and Red Lechwe.

The day I killed my buffalo was hot, dry and so dusty the herd we were stalking disappeared several times in the fog like dust they kicked up. I finally got a shot and the bull did not fall to the .460 Weatherby but ran for cover. We followed him up in the vine infested valley he took refuge in and thank goodness he wiggled an ear at about 20 paces or we would not have seen him! I gave him the advertised 8000 ft/lbs. square in the chest that lifted him up like a bucking bronco but did not knock him over. I had a fresh round up the pipe and when his hooves hit the ground the cross hairs were on his neck and that shot did the trick.

After calming down and taking pictures we cut him up into six loadable pieces and returned to camp. I was sweaty, dusty, bloody and greatly pleased with the success.

Pulling into camp we had unexpected guests from the adjacent camp which was about 20 miles away. The PH had two couples that were dressed in safari attire you would expect to find in in a Holland & Holland store. One of the prosperous appearing gentlemen had on a Mesa Petroleum cap and I immediately knew I was looking at T. Boone Pickens.

A great day with memories of my 1st hunt for dangerous game and having a post hunt drink with an interesting businessman who was soon to make national news in attempting hostile takeovers of major oil companies. We had an ample supply of fresh meat for the camp and I had a set of 40” Cape buffalo horns for a memento. Over a half a lifetime ago but I can remember the experience like it was yesterday!

Have a safe, enjoyable, and successful time collecting your memories, meat and mementos!

If you would like to experience hunts like this one and meet other hunters in Lansing, Join SCI. When you join SCI, you can become a better-informed hunter and conservationist. Your dues help SCI protect your hunting rights in Lansing, Washington DC, and around the world. 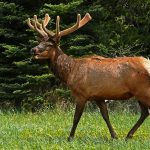 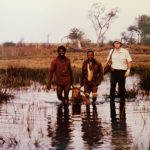