Botswana is a magical place and I have so many fond memories of being there and the people I met.

Every month I look forward to receiving and reading cover to cover my copy of Safari Times!

The July copy was no exception, and Craig Boddington wrote an informative article on the reopening of government land for safari hunting and some of his hunting experiences in Botswana.

Opening or re-opening of hunting is always good news and having experienced some awesome hunting in Botswana in 1984 this is really good news! My trip was above the Okavango Delta in the far northern border with the Caprivi Strip.  As Craig stated, it was a “buffalo and plains game destination”.

Access to the tented camp was by a (4) passenger charter prop plane from the town of Maun. The Maun airport was the central springboard for nearly all Botswana safaris. Upon arriving, hunters at that time walked a dusty 50 yards to the open- air Duck Inn to meet up with the outfitting staff and professional hunters. We had to complete the necessary paperwork before flying to the tented camp. We met several people including Willie Phillips and Cecil Riggs, the professional hunters for the hunt. At the adjacent table, Harry Selby and his son Mark were relaxing between clients and it was an honor to shake hands with these gentlemen!

The flight to camp was low enough to easily spot elephants, giraffe, hippo, and large herds of buffalo. As we banked lower to land we could also spot smaller animals such as impala and lechwe that were very close to the campsite! The camp was within 100 yards of the delta and game was constantly visible. The first night elephants came into camp and ate the leaves off the tree my tent was tied to and I managed to sleep through the incident. During the night lions came to fight over the butchering remains that were disposed of outside of camp and storks picked at what was left during the day.

Large quantities of game in truly wild Africa, what more could you ask for? 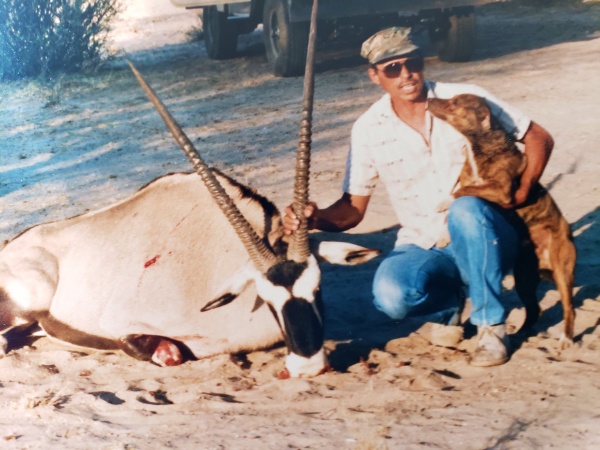 The August issue if Safari Times had sad news of the passing of Cecil Riggs and a nice story of his life written by Tsamaya Sentle.

I was helping a booking agent at the time and was able to spend a few days with both Cecil and Willie Phillips. Willie passed away several years ago. Both were excellent PH’s and enjoyable to spend time with but had drastic personality differences!  Wille was of mixed race, small stature, quiet, and as tough of a man you could find. His idea of a holiday between guiding was to pack a few essentials and with his vintage 460 Weatherby go on a wilderness trek and sleep under the stars. His favorite trek was in excess of 50 miles round trip! As you can see from the picture (from another hunt in the Kalahari) Willie loved his dog.

Cecil was the “life of the party” in camp and always had a big smile regardless of the situation. My first morning hunting with Cecil I blew two chances on nice impala rams. The first one I pulled the shot right over its back and did not have a round in the chamber for the second opportunity, nothing like a loud click to spook game! Both times Cecil replied “no problem let’s find another one” and we did. His stories and jokes around the morning and evening campfire never got old.

Both Willie and Cecil were guys you could trust your life with. It was truly an honor and blessing to have spent time with them.

Since that wonderful experience in 1984 many others I came in contact with on that trip have passed away, the pictures have faded, but good memories of them live on! 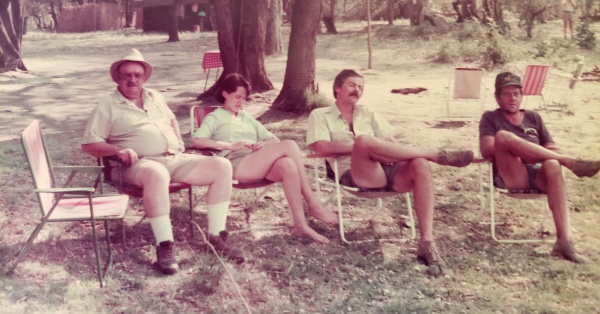 If you would like to experience hunts like this one and meet other hunters in Lansing, Join SCI. When you join SCI, you can become a better-informed hunter and conservationist. Your dues help SCI protect your hunting rights in Lansing, Washington DC, and around the world. 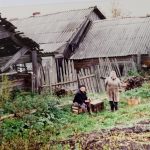 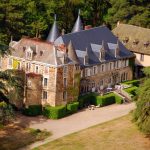 An adventure in France: The Cradle of Fair Chase Hunting!Hunting Stories