Shaming: The act or activity of subjecting someone to disgrace, humiliation, or disrespect by public exposure or criticism.

Bill had a bad case of buck fever and he had to calm down or he was not going to hit the floor of the blind with his hat let alone a deer that had just entered the food plot. He had not experienced this level of excitement since losing his virginity!

As a guest on a managed lease, Bill was allowed a buck of 8 points or more and that was exactly what stood 80 yards from the blind window. As his breathing and heart rate lowered, he was able to settle the crosshairs tight behind the shoulder and gently squeezed the trigger as he had been instructed to do. Lo, and behold the 6.5 Creedmoor he has received as a Christmas gift from his father-in-law dropped the buck in its tracks!

Carefully stepping down from the elevated blind the same feelings Bill felt upon spotting the buck returned and he hoped there would be no “ground shrinkage” he had heard others refer to. Relief and happiness were felt as he ran his fingers across the dark 8 -point rack. He could not wait to show it to the other guests and share the story of his success over a cold drink back at camp.

As he had hoped the other guests offered congratulations. However, one mentioned he should have let the buck walk since it might have grown into a real stud in a year or two. Bill’s happiness was replaced by embarrassment. Had he messed up? Perhaps hunting was not as fun as he had always heard.

Has this happened to you?

Above is a fictional story but such behavior is, unfortunately, happening more and more every season. Bill is portrayed as being “shamed.” However, this is totally unacceptable behavior. It puts down success in a mean way even though the person being critical may have done so in what he/she thought was a constructive and helpful comment.

Shaming has gotten more prevalent as social media likes “big” animals, and makes it easy to make a negative comment often to a complete stranger. Many hunting and fishing groups exist on FACEBOOK and most are well managed and result in good sharing of information and enjoyable communication. Unfortunately, some have frequent and blatant shaming.

There is nothing wrong with having a desire to shoot a “big” buck or whatever as long as all regulations are followed and the goal is not to compete with friends, family, or neighbors who can get the biggest.  I just enjoy hunting and set my goals based on my knowledge of the hunting area. Where I currently hunt deer in Michigan any legal buck (or more likely a mature doe) ends up in our freezer and I’m happy with that. I have no issue with those that have better property to hunt and can hold out for a buck with a certain number of points or score.

Ridiculing someone’s methods or equipment is another distasteful way of shaming. A little banter among friends is okay but flat-out insulting someone in person or from the keyboard is a quick way of being labeled a jerk! 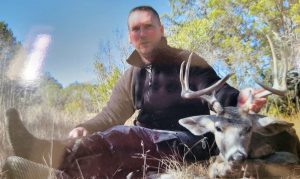 One of the worst ridiculing rants I ever heard occurred in a hunting lodge in South Africa. A young brain surgeon from California and his father were guests at the lodge for a few days. The first night at dinner the doctor started talking about another hunter they had shared camp with before coming to ours. The hunter had a beautiful new 30-06 Kimber and the doctor wondered why in the world someone would buy such an old and obsolete chambering when they could have chosen a 300 Winchester magnum like his.

He knocked the 30-06 choice for a good ten minutes and I was sorely tempted to ask him what he thought of someone (me) that used a 270 for all plains game hunting then call him out but decided that would not be a nice thing to do. The following afternoon the father shot a facing gemsbuck (a definite no-no) with the 300 mag and it ran off without much of a blood trail. Three vehicles searched for several hours for the wounded gemsbuck without success. After returning to the lodge the good doctor hit the vino pretty hard and before turning in announced he was going to get a custom 375 H&H built with a bull barrel for his next safari. As much as I wanted to give him a lecture on shot placement, I did not say a word!

Ridiculing Success is Shaming as Well

Several years ago, I was asked the “how did you do” question after the waterfowl season opener. Two woodies and a goose got a “is that all?” The hunt took place on a major river so combined with an infinite number of places the birds can go plus competition from other parties it is a challenging and somewhat difficult place to hunt. I thought it was a good morning bag but the sunrise, companionship of hunting with my son, and watching our dog make good retrieves definitely elevated the experience above the “is that all” comment. 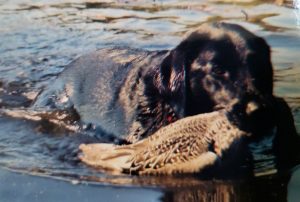 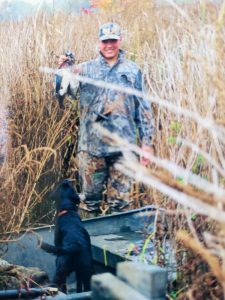 On a Sea of Cortez fishing trip out of the Hotel Buena Vista Lodge with my good friend Jay we got into 5 to 15 # yellow fin tuna and had a blast catching them on our bass & pike tackle. The lodge has a backdrop for taking pictures of your catch and while we were taking happy snaps several other guests walked by.  One of them stopped, put his hands on his hips, and remarked he uses baits the size of the fish we had. He was a serious marlin angler so it was a somewhat true but ridiculing comment. “There has to be one in every lodge,” Jay remarked as the old boy walked away. 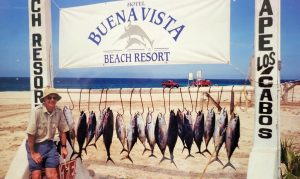 Another aspect of shaming is self-ridicule of your own success. Avoid “just an” it puts down your success and is not showing respect for the animal or fish!

Don’t say “just a doe” / “just a jake” or whatever. Be thankful for your success! Don’t show a picture of something and apologize with a “not my biggest but best I could find this year.” Every deer, turkey, or whatever will not be bigger than the previous, it just doesn’t work that way. There is nothing wrong with being happy with an animal many would not consider taking. Slammers have no idea what experience you have had and the effort it took to kill a particular animal.

It is your success and experience and being satisfied and proud of it is your call and an apology is never necessary. 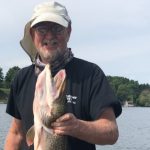