“It’s better to be careful a hundred times, than to get killed once!”

There are so many aspects that apply to safe hunting. As hunters, we are trained and reminded of them often.

Here are a few:

Boating safety is emphasized at the start of every summer and fishing safety is taken for granted and injuries happen! 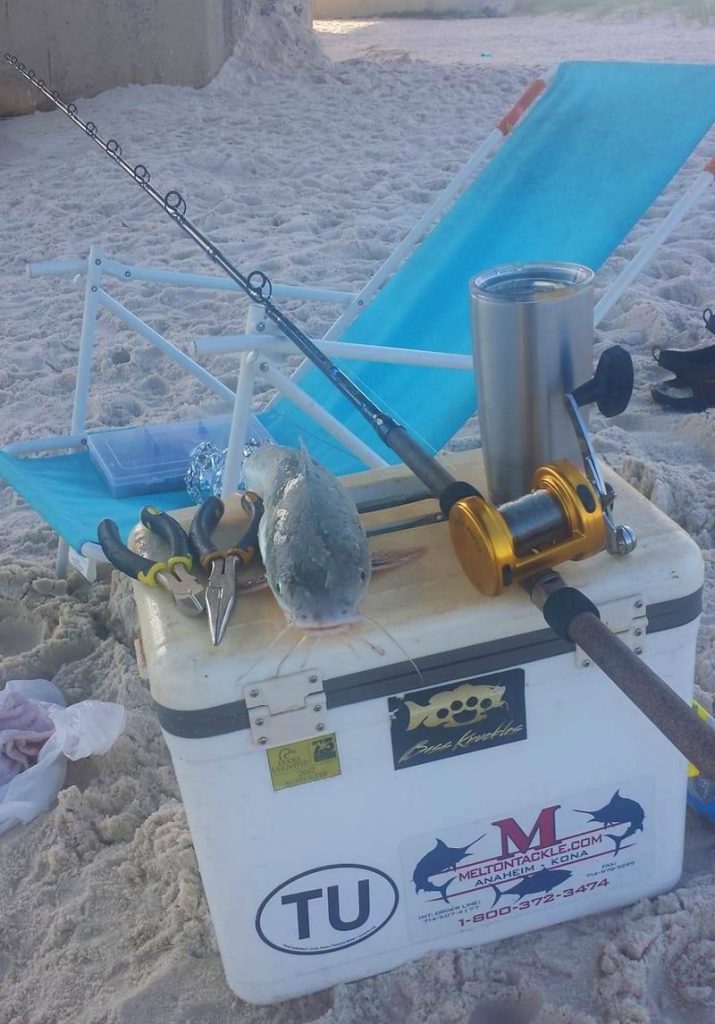 Keep the following in mind and have a safe fishing season.

When hunting where we point the firearm muzzle is rule #1.

Even so, I slipped up preparing an ice fishing rod at home when I was too tired to be doing it. While trying a tiny tungsten jig with a surgeon’s loop it slipped while sinching it up and pierced my finger. The size 14 hook embedded in my skin and did not bleed a drop. It could not be backed out and long story short I went to an emergency medical office for removal. A tetanus shot was required and the finger was numbed, and it required several stitches. A $1,068.00 procedure so even though insurance covered 80% it was still an expensive weeknight out!

The worst hook accident I ever witnessed while fishing occurred on a Florida pier. My son had hooked a big stingray with a treble hooked plug. I told him to let it swim around and it might get off or he could walk it to the front of the pier and I would walk down to the shore and release it. A non-fishing observer saw what was going on and decided to lend some very unwanted assistance. Before I could stop him he grabbed the line and gave it a firm jerk. The lure came loose and came back like a slingshot due to the stretch in the monofilament line and the rear treble embedded into his lower arm! He insisted I “rip it out” and after telling him absolutely not I clipped the line and recommended he seek medical assistance. He walked off the pier with the lure dangling from his arm. A dangerous stunt that could have been worse.

What the guy did is referred to as “taking a wrap” which is a dangerous thing to do. If the lure or hook pulls free it will shoot back to the point it was being pulled from which can be the puller’s face!

Sometimes a wrap is taken on large species of fish and sharks when they are played out and close to being landed. The angler or someone else wraps the leader around his hand to gain leverage and guides it within gaffing or releasing range. Taking a wrap in this manner is like Russian roulette. You can use the technique for years without a problem, but the one time it does not release properly you can suffer a crushed hand or drown if pulled overboard within seconds. In my opinion, it is a definite no-no. If you cannot hold on to a leader without taking a wrap let the fish fight some more!

Being careless when handling fish can cause discomfort, injury, and even death.

Fish Anatomy That Can Hurt You

Teeth. This is obvious and great care should be exercised when landing, de-hooking, and handling any of the toothy species. This includes pike, musky, mackerel, wahoo, and sharks. Proper de-hooking tools and gloves are a must.

Dorsal Fin Spines. Many fish have dorsal spines that are as stiff and sharp as a hypodermic needle. Even bluegill can ruin your day if you grab it with your bare hand over its back. The bigger / heavier the fish the more harm it can cause. A guy fishing on a charter off the coast of Massachusetts was trying to hold a big striped bass for a picture that still had a lot of strength and flopped as he was lifting it. A dorsal spine was driven into a major blood vessel in his thigh and he bled out before the boat could return to shore. 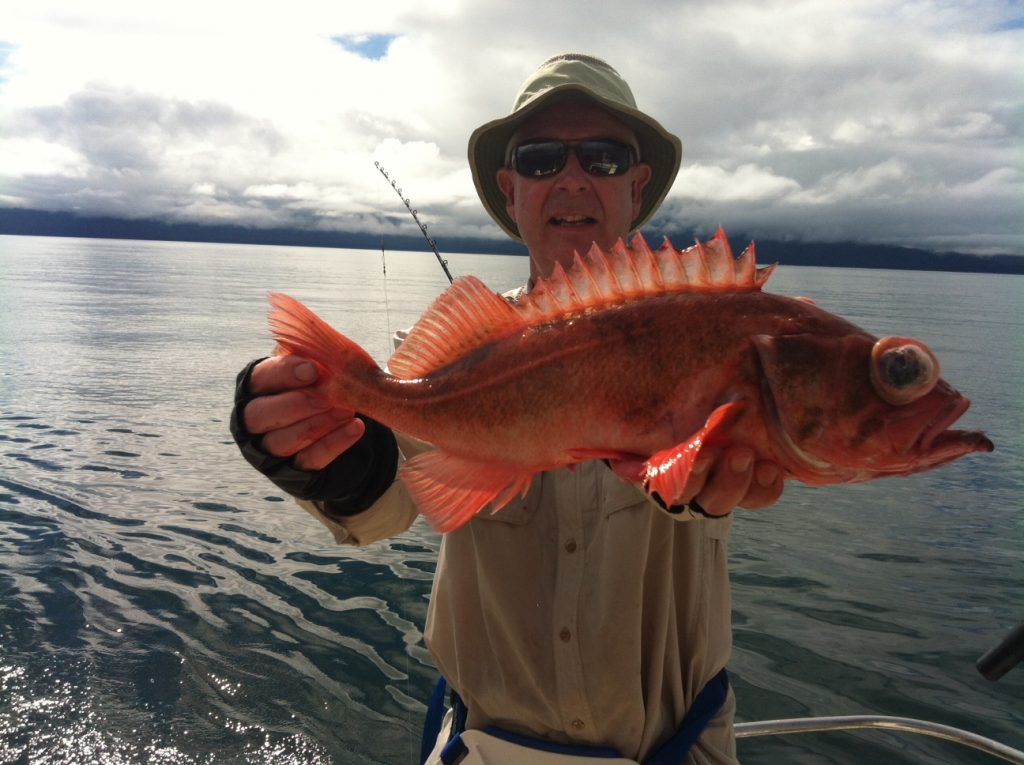 If you fish in the Gulf of Mexico near the shore, you will likely catch hardhead catfish. When I started fishing in the gulf locals warned me to be careful and stay away from the dorsal spine. I have taken that advice seriously and always have a hand towel and needle-nose plyers handy. By grabbing the underside of the fish with the towel for hook removal and using plyers to remove the hook or cutting the line if the hook is deep the technique has served me well. However, once while pier fishing and assisting four others I was in the process of de-hooking a little hardhead and rushed the job. It turned enough in my grip to stick the meaty part of my palm and the instant pain nearly put me on my knees! Imagine a wasp sting by a factor of ten or more. My hand had the most intense pain I have ever experienced and lasted for several minutes!

Gill Plates. Many species of fish have gill plates that are as sharp as razor blades and should be avoided with bare hands.

Big Fish Have Strong Tails. Yes, they do and a big fish out of water can inflict injury and/or damage equipment in the boat once they start flopping. The best practice is to snap a picture of a fish being released outside of the boat as quickly if possible. If you are going to keep a big fish it is best to club it upon landing or flip it directly into the tank or cooler and slam the lid closed!

Billfish. Often the dream catch for bluewater anglers can turn into a nightmare! We have all seen video clips of hooked marlin jumping into a boat and the resulting cockpit chaos. The first marlin I came tight with immediately took off grey-hounding across the water directly at our boat and came very close to joining us when it came down on the stern and bounced back into the water. Had it landed in the cockpit it would have been an interesting and potentially dangerous situation. It was interesting as it was and that was enough excitement for me, and we eventually landed and released the marlin! 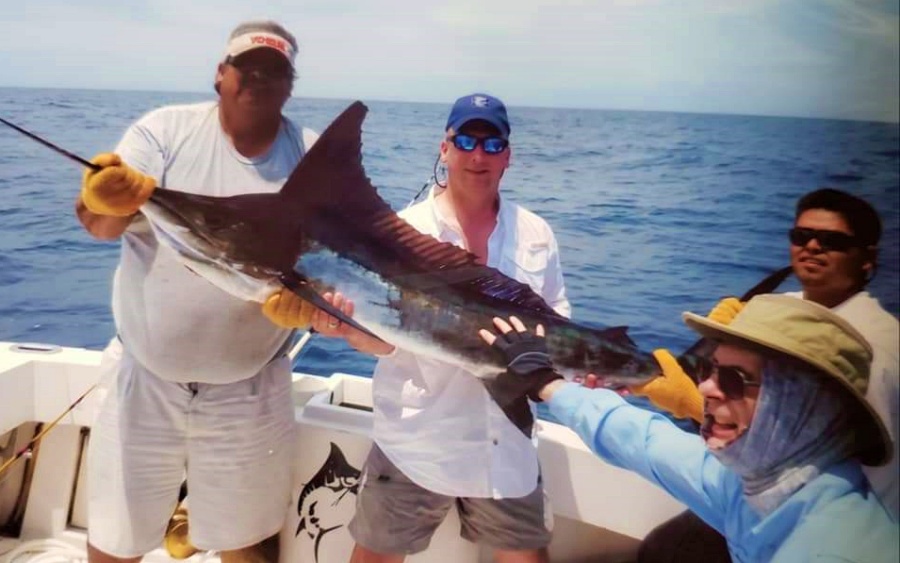 If a billfish is hooked everyone on board must stay alert and keep an eye on it until landed or released. Stay spread out as much as possible and get out of the way if necessary.

Life-saving tip for female blue water anglers. A lady was filming a fellow angler fighting a big Blue marlin that jumped into the boat and its bill stabbed her in the chest which should have been fatal. Fortunately, she had breast implants! The silicon implant saved her life by absorbing the force of impact and preventing the bill from penetrating enough to puncture her lungs. I seriously doubt this tip will be followed, but an interesting justification! 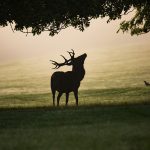