Hunting in Argentina! A great hunting destination with many options

Peering over the brush, my gaucho guide Mijo whispered, “Grandy Antilope Negro” and I did not need an interpreter to tell me we had 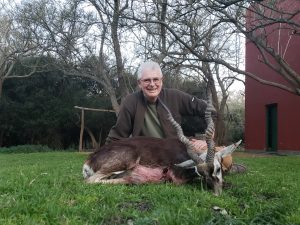 stalked within range of a very nice blackbuck!

The origin of this trip was the 2018 SCI Michigan Chapter Fundraiser and the exhausted look of auctioneer, Art Smith, that stormy winter night suggested he was as happy to have sold the hunt as I was to buy it!

Hunting in Argentina has been on my bucket list for a long time. The blackbuck, boar, and ram hunt donated by Caza Y Safaris was a perfect combination for us. I plan a yearly hunting trip that my wife Carol can enjoy as an observer with weather, lodging, and food she is comfortable with. Based on guide availability and the mild seasonal weather we booked to arrive September 19th.

Argentina is one hour ahead of Eastern Standard time so jet lag is not a problem. However, it is a long enough journey for a solid case of travel fatigue. We arrived without incident, met up with one of our guides, Nahuel, and traveled due south to the 7500 acre property near the very small town of Deloris. After the journey all we wanted to do was unpack, shower, relax, and discuss the hunting plan over dinner, and hopefully sleep well. However, Nahuel proposed we change into hunting clothes ASAP and go blackbuck hunting.

Going after the smallest, spookiest, animal that would require the longest shot did not sound like a good idea considering how burned out by travel I felt!

Following rule #1 of a guided hunt we yielded to the request and were soon sneaking along a brushy ridge  within range of a group of blackbuck and Fallow deer.

The herd ram was easy to identify so I tried to get comfortable and relaxed for a steady hold on the oil can size vitals. The combination of my jackhammering heart, a minimal rest, and the constant movement this specie is known for resulted in my less than Camp Perry performance and the shot sailed right over his back.

A missed shot is never a good way to start out a hunt.  However, it snapped my attention and got me in the groove for the next opportunity. I spotted a larger ram shortly after my miss and this time I felt confident and my trigger squeeze was steady and deliberate. The ram “pogo- sticked” straight up at the shot which is the normal reaction to a vital hit. The death run was in our direction. I heard “shoot again!”

Not wanting to cause excessive damage to such a small animal I shot it through both front legs just above the hooves, dropping it as still as a chalk line at a murder scene. This is a difficult shot to pull off on a small running animal but I pulled it off this time! Seriously? Not really.

Having successfully taken a blackbuck the evening of arrival I was now really ready for my previously mentioned arrival plans and woke up the next morning ready to get serious. We started the day over a strong cup of coffee and the plan was to hunt for a big Jabali (wild boar). 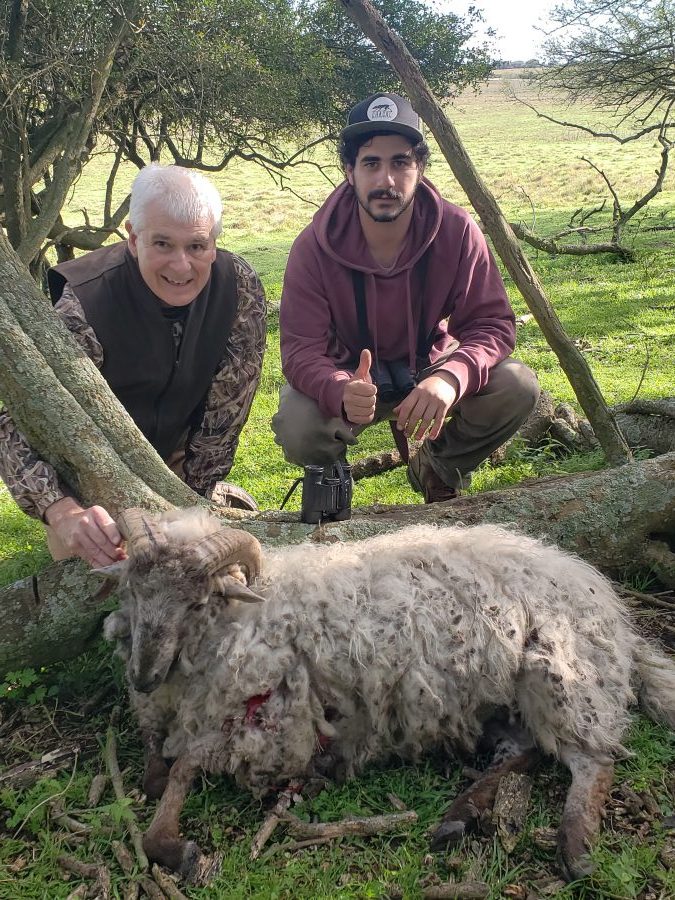 Boar hang out in the many small islands found in the vast wetlands on the property. The only practical way to hunt them is with a pack of dogs. I was looking forward to seeing the famous boar hunting Dogos Argentnos perform. Our guides, Mijo and Ignacio, would ride out into the marsh on horses with the dogs. Nahuel, Carol and I would follow along the edge and wait for a boar to be bayed up.

If a non-trophy was bayed up I was to shoot it for meat and it would not count against my hunt. Thinking this might happen several times I imagined this could go on for a day or more before a trophy was bayed up. Sometimes the boar is bayed up on an island out in the marsh and requires wading in water that could be crotch deep without waders. This would really add to the experience!

Guide Mijo is a true gaucho and always wore a blue beret, balloon pants, and his heavy knife stuck through the back of his waist sash. He was normally mounted on his big white stallion and appeared ready to give chase without notice. Watching him ride out into the marsh following the pack of dogs I had a “Toto we are not in Kansas anymore” moment.

We had not traveled far when a small herd of sheep were spotted out in a sage flat adjacent to the marsh. Glassing indicated two rams were in the group and one had our immediate interest. Nahuel said we better try to stalk them since they are not territorial and we may not see this or a different herd for several days.

After a bit of sneaking around, we were as close as we were going to get without spooking them. I was on a makeshift shooting stick waiting for the huddled animals to spread apart for a shot. After a few minutes they parted and I heart shot the big ram, completing that portion of the hunt by 8 AM of the 1st morning.

Within minutes after pictures were taken we were notified the dogs were in hot on the trail of boars and we better get going!

The gaucho method of hunting boar is similar to the way of hunting in Europe during mid evil times.  This style is based on combat skill with swards, axes, clubs, and other primitive weapons. When there was not a battle to fight the boys got together and went boar hunting. One of the earliest recorded hunting books was written in 1391 about boar hunting.

Written by a Frenchmen Gaston III Count of Foix, also known as Gaston Phoebus because of his shiny blond hair, dedicated the book to Philip the Bold, Duke of Burgundy–also an avid boar hunter.

The book speaks of the boar hunting dangers using dogs, horses, spears, and swords. Gaston considered using a spear as the easy way to hunt boar. Also, that killing one from horseback with a sward was “a finer and more noble hunt.” But he went on to mention the major problem of taking a boar from the saddle could easily result in cutting oneself while swinging away at the boar while he was busy with the vivisection of your horse. Gaston laments many fine mounts were killed under him by boar. Being in his employ must have been a tough and often short life. Gaston recites that he lost many a good squire and servant at the tusks of boar that would “slit a man from knee to breast and slay him all stark dead at one stroke so that be never spoke thereafter.”

This was far from my first boar hunting rodeo and knives were to stay in their cases until the boar was dead from a bullet. I was going to pass on attempting to kill a boar by stabbing it with a knife.

Compared to other hooved game, boar have small hearts and lungs per body weight. Due to low endurance they bay up and fight after a little chasing around and once bayed the scene is pure mayhem! The boar squeals, the dogs bark, and the guides yell.

The dogs had the boar surrounded and those in front of the boar did their best to dodge the tusks. Those to the side got in little nips and the ones directly behind got in some major bites! I was surprised how easily the dogs were called off the boar allowing me a safe shot. The boar was a big one and still on his feet so I gave him a second bullet to assure everyone’s safety. 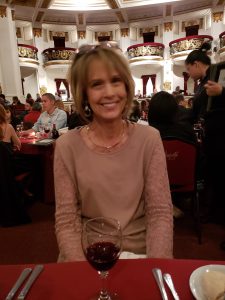 ictures I checked the time and realized at 9:30 AM the first morning of a (4) day hunt I was finished. That evening I shot a few ducks and decided to spring for a second boar on day two which again did not take long.

Carol and I packed up and spent the remaining days in Buenos Aries and enjoyed shopping, dining, seeing the sights, and a tango show that included a 30 minute lesson before the show. The instructor complemented my moves–however I’m not going to give up hunting anytime soon as my favorite hobby!

A great trip and a big thank you to Caza Y Safaris for the donation and the opportunity to visit with many Michigan Chapter Members!

Our chapter, along with the entire SCI organization, focuses on protecting hunters’ rights and promoting wildlife conservation. We support hunters in the Lansing area and throughout mid-Michigan. If you are interested in finding out more about our chapter, attending a meeting, or joining, please contact us at scilansing@gmail.com. 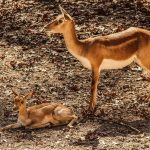 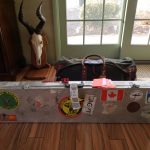