by Brianna Metcalf, an avid hunter, and daughter of our current Lansing Chapter President 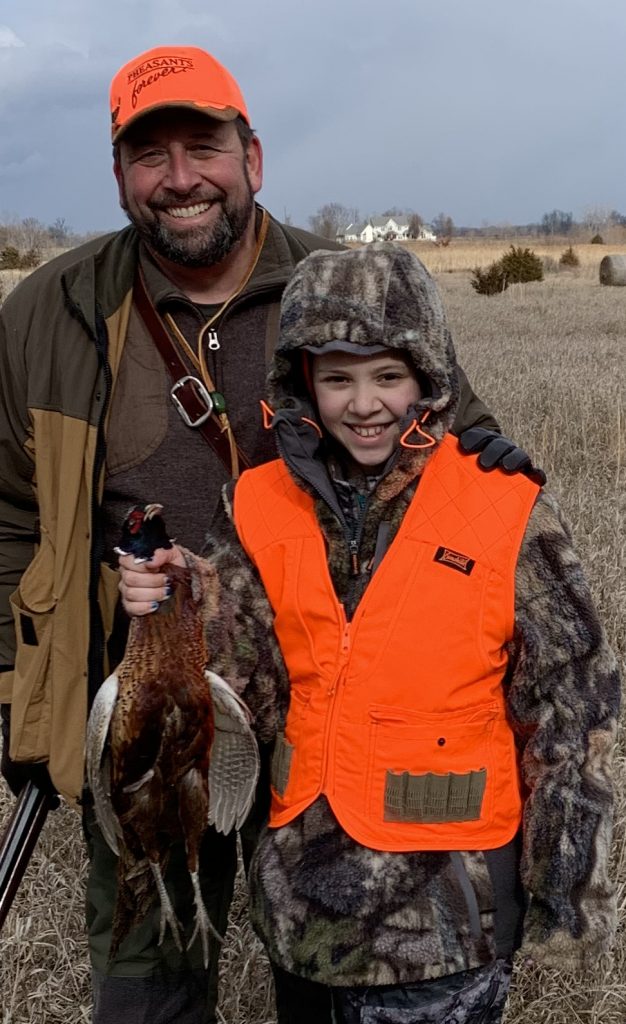 Bang! The bird went down, Tanner went after it and brought it to Mom. Now, most people would say that after something exciting happened the time before and during was a blur, not me. I remember the immensely boring car drive out to the field. It took almost an hour to get out to the field at Perry Grove Preserve outside of Indianapolis where we hunted.

When my parents and I exited the car, our two Brittany spaniels nearly jumped over us to get out. I stood next to the car while my parents were getting our guns and gear around.

We had only been walking in the field for ten minutes when the dogs suddenly went on point. We walked up to them, but instead of them holding on point like they’re supposed to, they creeped up with us and spooked the bird themselves. The pheasant went up so fast that I couldn’t get a shot. The same thing happened with the next 3 birds.

Though it was mostly Tanner who was not listening, it was kind of funny when Tanner ran too far away and Dad hit the shock collar button that was connected to Tanner’s shock collar, but Tigger got shocked instead, so Dad tried the other one, but it shocked Tigger again. (That’s when dad realized that he had connected Tigger’s caller to both buttons.)

Finally, on the fourth bird (1 of the 2 roosters of the day) as I walked in the rooster flushed and flew slowly up in the wind.  Bang! The bird went down, Tanner went after it and fetched it to Mom. I finally got a chance, took it, and hit the rooster! The first of hopefully many with my new Browning Citori 20 gauge.