First of many hunts in the Republic of South Africa

My next African hunting goal was desert plains game with gemsbok being the target species. In the 1980s and earlier Southwest Africa (now Namibia) was the place to go for desert plains game. Nyala was also a bucket list animal native and plentiful in the Zululand area of the RSA. My 1986 hunt was going to be a two-country trip and require several extra flights once in Africa.

The agent that handled my Zimbabwe and Botswana hunts had long-term experience with outfitters in both countries. The late Rob Dean of Zululand Safaris would be in Chicago following the SCI Convention and arrangements were made to meet and set up the nyala hunt. After explaining the plan to Rob he replied, “You can hunt the desired animals without leaving South Africa.” 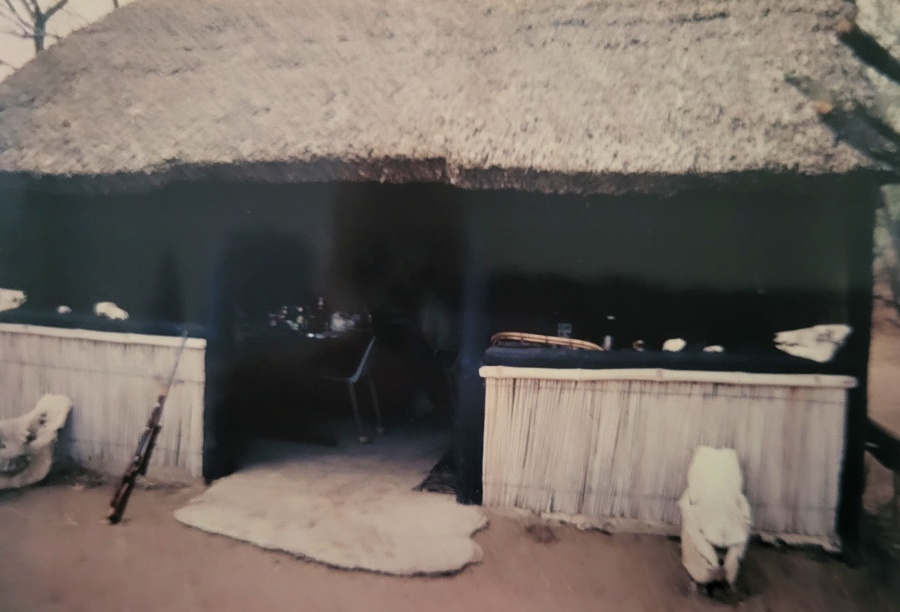 Rob explained he had a new PH that had experience in the Northern Cape region which is part of the Kalahari Desert. We’d have access to large properties containing native species including gemsbok, eland, springbuck, and many more. I would be the first American to hunt these properties. Due to the negative press focus on isolated racial tension in some of the cities, a good reference was needed to further promote this new hunting area and the RSA in general.

The plan was to fly into Kimberly and hunt the desired animals found in the Northern Cape. Then we’d drive a full day with the PH to Zululand and hunt nyala. The return flight home would depart from the Richards Bay airport.

In an effort to get the new area, Rob said that if two additional hunters came on the same schedule, I could hunt and only pay the trophy fees. We soon had two more clients rearing to go. This started a part-time gig for me helping book and often escorting hunting groups for many years! 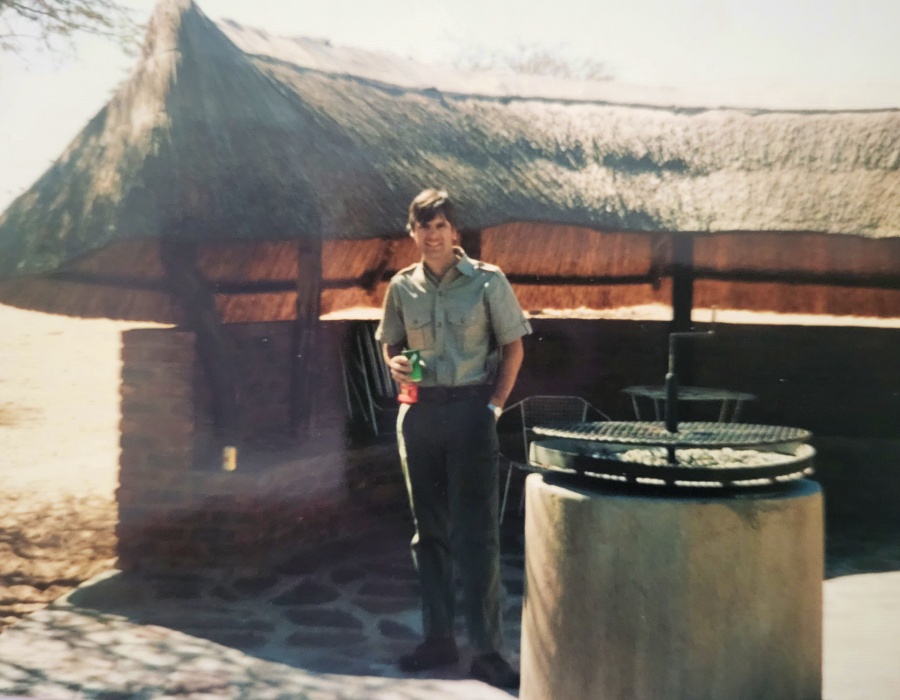 It’s time to take off

The tarmac of the Johannesburg airport turned from course pavement to flowing black velvet as the South African Airways 737 destined for Kimberly gathered speed. My partners on this adventure included John, an experienced African hunter that was most interested in eland, gemsbok, and other species not taken on previous hunts in Zimbabwe and Botswana. The second member was Smitty on his first African hunt and had signed on with hopes of taking a general bag of plains game.

The African debut of Smitty was amazing. Upon arrival in camp, we had less than 2 hours of daylight but this allowed him enough time to take a good impala and blesbok before the sunset. The following two days he successfully collected steinbok, springbok, gemsbok, and hartebeest. All with one shot each from his pre-64 model 70 in 300 H&H he had bought new in 1958, pretty cool! 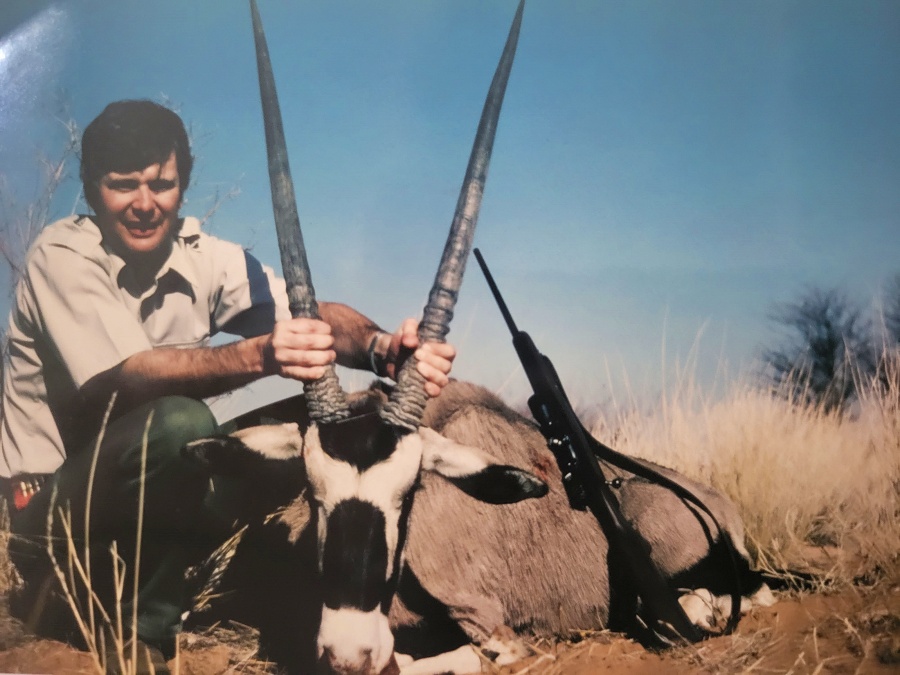 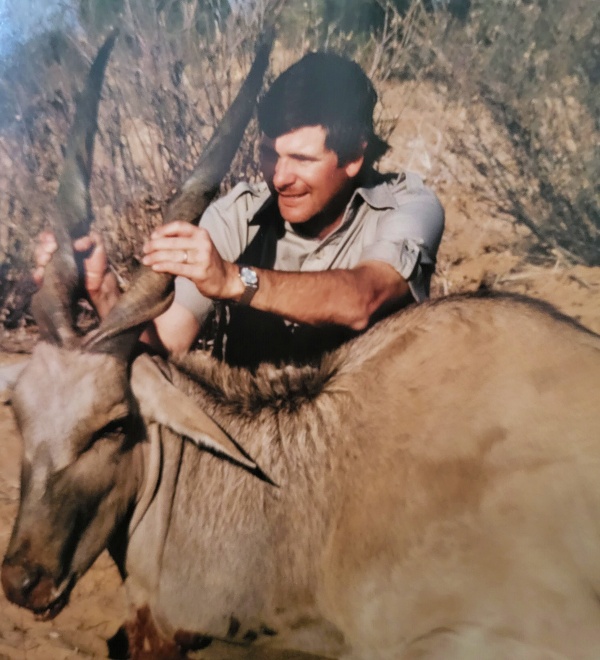 Hunting days in the Northern Cape

Kelly and Mark, our PMs were competent, interesting, resourceful, and a heck of a lot of fun to spend time with. Hunting days in the Northern Cape passed by quickly and each day was fantastic. Our allotted time was nearing an end when a herd of gemsbok was spotted and it contained several big bulls. Gemsbok can be difficult to hunt due to their spooky behavior, they constantly mill around making it difficult to evaluate the trophy quality of the straight horns which occur on both sexes. Several stalks resulted in the herd spooking and running off before we could look them over and decided enough was enough and return to camp and try again in the early evening. 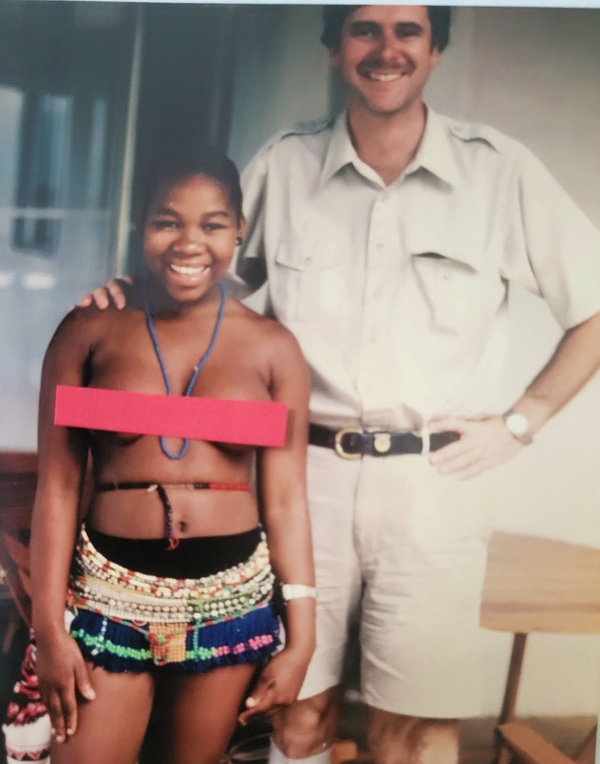 Before leaving camp, we decided I would call my shot. In other words, pick out a gemsbok and shoot if confident and comfortable with the opportunity. Within an hour we were on a herd and cut the distance to about 150 yards as they trotted behind a dune. When the herd once again came into view, I picked out what looked to be the best one and swung the crosshairs on the chosen bull as it quartered away and pulled the trigger. The resounding “kerwhap” of the striking .270 Nosler Partition cartwheeled the magnificent animal. I cycled the bolt, set the safety, and ran to the fallen gemsbok but realized another round would not be necessary as the bull halfway erect on his front legs staggered, hooked his long horns, and shuddered as death took him.

We loaded the gemsbok into the truck and headed to camp for dinner and a good rest after a very eventful day. Little did we know tomorrow evening would find us leaving the Northern Cape after Smitty shot a 51” kudu and John and I both collected eland before the sunset!

The journey from the Northern Cape to Zululand was like driving from Toledo to Omaha without the convenience of Interstate 80. However, our merry group thought the 14-hour drive on hot dusty roads was a small inconvenience to hunt nyala. Our hunt in the Northern Cape had been highly successful with a five-day bag totaling eighteen animals for the three of us. It seemed almost too easy. My research on nyala indicated that portion of the hunt would not be so easy.

If one of us took a nyala in the four days we had to hunt we should consider the hunt a success and two would require more than an average amount of luck. Three for three was an unrealistic dream. Because of these odds I decided to drop out of hunting nyala before leaving the Northern Cape and used my allocated nyala trophy fee dollars to take an eland instead and hopefully had enough left to purchase my wife a diamond ring before departing South Africa. It was agreed I would spend time on my own doing some bird shooting and hunting for a bushpig and/or a non-trophy warthog in an area they were known to frequent.

A brush with Baboons

The following afternoon I had just gotten comfortable in a ground blind of brush I set up under a shady group of trees when a warthog sow with three piglets appeared to my left. A loud bark rand out and the warthogs spooked as baboons entered the area. I was well hidden and the slight breeze keep me from being detected by the fifty-plus troop of baboons and several big males within 20 yards. Remembering the baboon scene in the King Solomon’s Mines movie I was afraid to shoot one!

After an hour or so a lone warthog sow wandered in and I decided to take it. The afternoon silence was broken and the warthog dropped so fast it probably did not even hear the shot. The baboons however went crazy with several taking free falls from the tree tops and the two big males ran into each other in their panic – a video of this would be priceless! The chances of seeing an additional game being spotted were highly doubtful due to the baboon noise probably spooked every animal into neighboring Mozambique before darkness fell!

The sun was starting to set after the baboon fracas and I was nearly asleep when the familiar sound of a stick breaking under hoof brought me to attention in time to see two cow nyala and a young bull enter the clearing not far from the deceased warthog. Suddenly a fourth nyala emerged which send my heart into the area my adenoids used to occur.

The big chocolate brown bull with vertical chalk stripes stepped forward on legs the color of buckskin. His neck and chest softly swayed with each step like the finest of silk fibers. His horns were massive with symmetrical twists which formed an eclipse. He lowered his head to browse giving me time to bring the Ruger to shooting position.

I looked over the ivory-tipped horns and knew this was a very good bull based upon the pictures and mounts I’ve seen of trophy nyala. Things happened pretty quick, the nyala stepped into full view broadside, the safety came off, and my wife’s ring would go on my American Express card. The .270 spoke and the Nosler penetrated both shoulders and exited. The nyala bellowed and was in extremis before I could get up from my seated position. My ride back to camp was delayed and arrived a full hour after dark.

Those that know me know I enjoy jokes and playing tricks on others and that night I could not help myself. I pulled the warthog away from the nyala up near the two-track the truck would come from. Upon arrival, Kelly apologized for being so late as we loaded the warthog into the bed of the truck. We got into the cab and I threw my hands in the air and told Kelly we forgot something. Kelly asked if I had shot two warthogs and I think I replied with a wink and led the way with my flashlight. Shining the light on the nyala Kelly’s eyes nearly popped out of his head and his jaw dropped more than should have been physically possible. He repeated, “That is a bloody big nyala” at least six times.

Everyone in camp was excited about my success. I felt selfish since chances were remote for John and Smitty to a bag a nyala the following day which would be our last to hunt. Those of you that have been on truly memorable hunts can envision the celebration which occurred the following evening when John and Smitty returned after both taking nyalas! 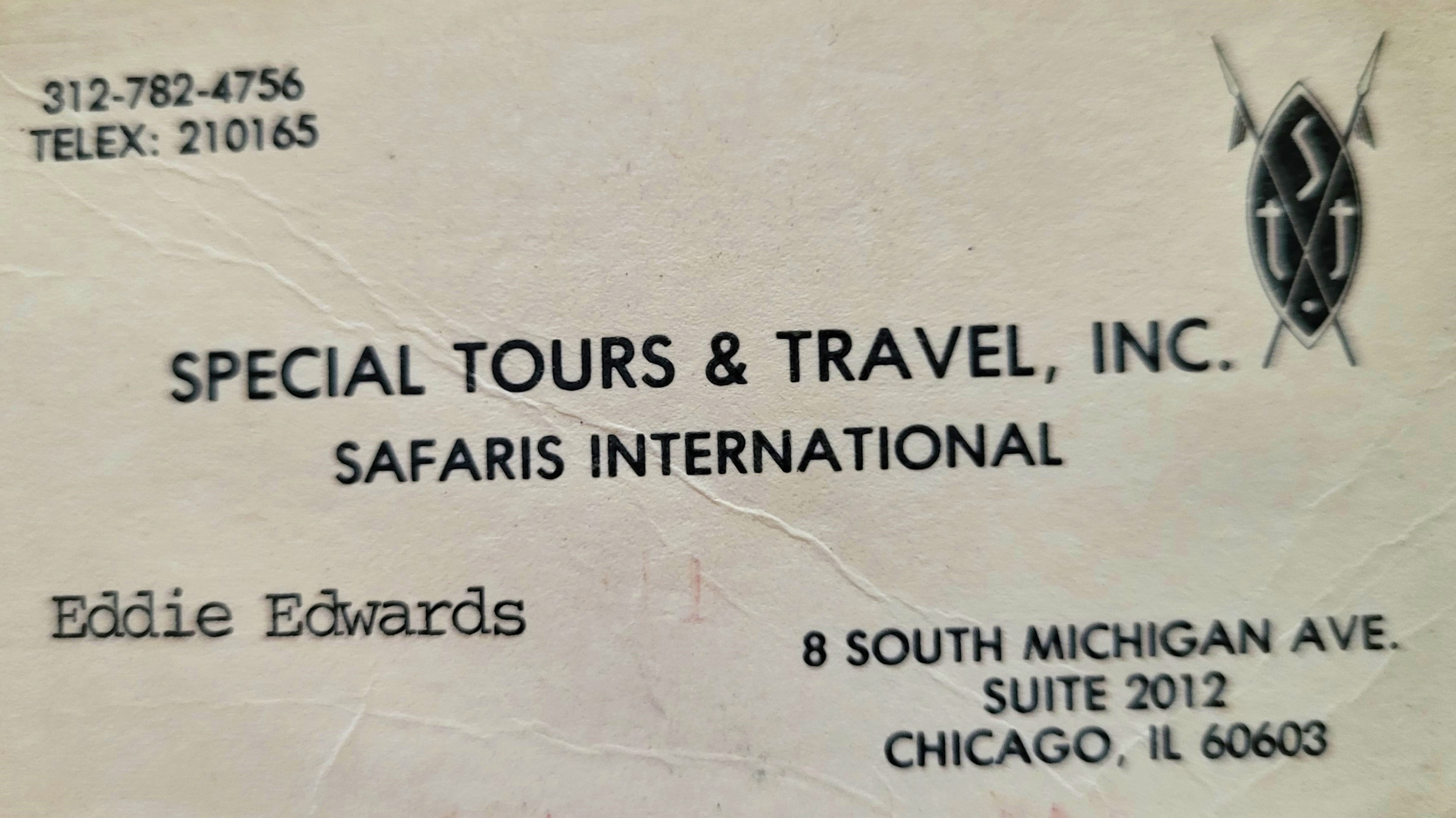 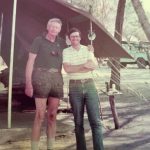 African Hunting in the 1980s Part 2 of 3 Hunting Stories 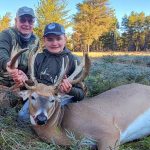