Hope “The desire and search for a good future, difficult but not impossible to obtain with God’s help”

Sometimes when you think everything possible has gone wrong Murphy sends yet another curveball. One of the most sickening sounds a hunter can hear is CLICK when pulling the trigger. Was the rifle loaded? It was but the 6.5 Crede (of all things) casing had not been struck hard enough by the firing pin to make it go bang!

Every year the Lansing Area Chapter of SCI sponsors two children in partnership with the Foundation For Hope Outdoor Adventures at Cedar Hollow Lodge near Grayling, Michigan for a long weekend deer hunt. As a chapter board member I attended the hunt and festivities as the designated cheerleader. Foundation For Hope Outdoor Adventures is a 501 ( c ) non-profit that provides outdoor adventures such as hunting and fishing for youth battling life-challenging health issues. In addition to the SCI Lansing Chapter, other partners include:

Foundation for Hope Outdoor Adventures is now in its 21st year and fills the need for a child wanting a hunting trip that other hope/wish foundations do not provide.

In addition to the hunt, which included deluxe lodging, a backpack was presented to each hunter and included Leupold binos, a laptop, and a bible, along with several small items.

I was honored to be part of this great organization. Now, back to the hunt.

The 1st morning of hunting was wet, foggy, and cold but Collin the hunter did not mind! The ground blind we were assigned was weathertight and a portable heater made the day tolerable. At daybreak, we settled in the blind which had woods on three sides and faced a greenfield food plot.

The relentless rain finally slacked off and Collin was soon seeing deer, including several bucks. His dad, guide Blake, and yours truly had our binos up most of the time.

One of the five bucks in the field fit the criteria we were looking for and the challenge of getting a shot started. First, it was behind one of the others, then one of the others was behind it, then it was facing away. These positions kept rotating and occasionally he was broadside without interference but for only a few seconds. Collin was calm, quiet, and did his best to follow directions. The adults were going at it with the intensity of a team of chemists seeking the Nobel Prize.

I have been blessed to do a considerable amount of hunting as well as helping others and still get excited but nothing like that morning. My heart was beating like a drum line! A broadside shot became available and Collin lined up the crosshairs with the joystick and pushed the button.

At the shot, there was a thump of the .270 and the double lunged buck jumped and vanished into the woods and was found piled up within 50 yards.

Collin was speechless except for four words he repeated many times that morning: “I shot a buck.”

Like typical guys the adults high fived, shook hands, hugged, took many pictures and several of us shed a few tears.

Okay, one down and one to go! 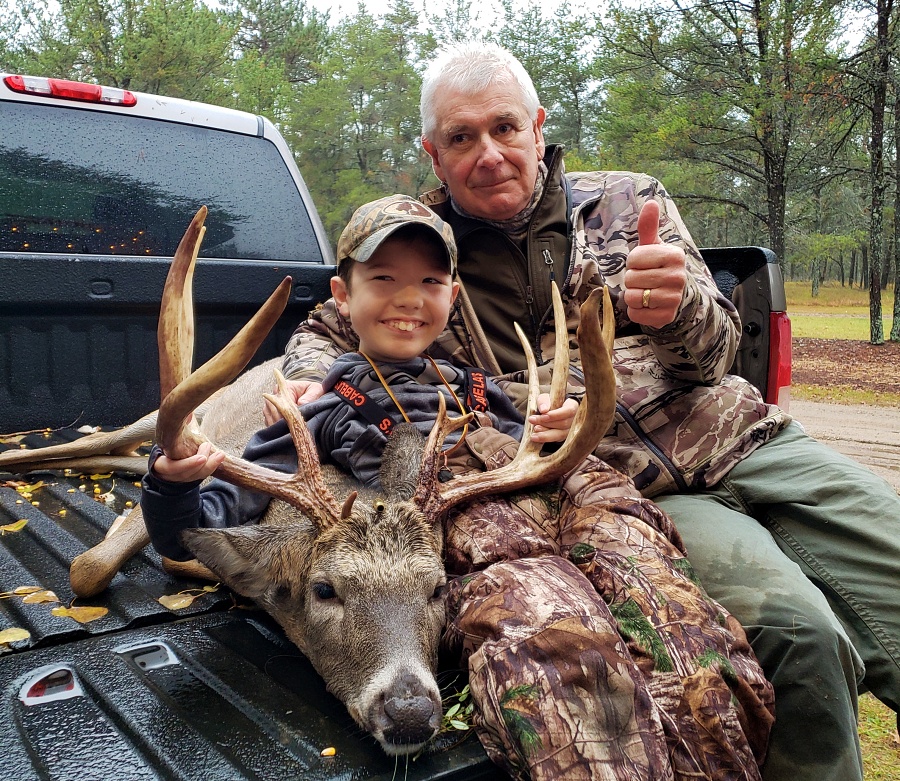 The rain started up again and continued through lunch, nap time, and my daily 3 o’clock coffee & snack.

At about 4 o’clock the rain once again let up so it was time to get Matt his buck. Since the shooting system was already set up in the earlier used blind it would make for an easy evening hunt – or so we thought.

Within the first 30 minutes, several bucks including a shooter worked within range, and then the difficulties started. The shooting system broke due to overtravel on the turret the rifle was mounted. Two trips back to the lodge for replacement parts and we were still without a working system.

After nearly two hours of trying to get the system to work, we changed to a different rifle setup that allowed the scope to be viewed through an iPhone. We were back in business if there were any more deer movement.

Nearing dark thirty a shooter buck strolled into the field. Since there were no others to cause distraction he was holding still and presented a shot.

The rifle went CLICK! And the whiz-bang holding the phone had to be removed to chamber another round then remounted. This time the rifle went bang and the buck dropped in his tracks. The blind celebration started then I spoiled the party by announcing the buck was up! My experience with animals that get up after being knocked down may only be stunned and should be given 2nd helpings immediately! We were lucky this buck took two steps then went back down and stayed down. 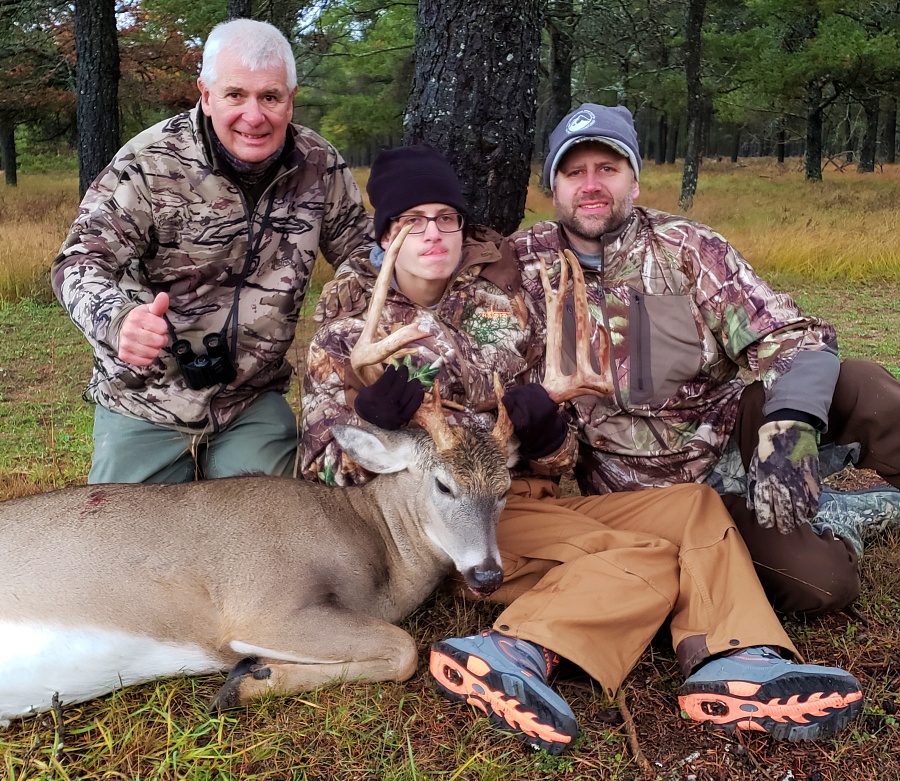 All in all quite a day for everyone involved! For me, it was enjoyable, heartwarming, and very humbling. The experience will be a lasting good memory of 2020.

SCI has been an important part of more than half of my life and will continue to be so. Foundation for Hope Outdoor Adventures will no doubt as well. 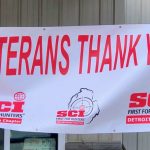