SCI has been extremely involved in Michigan DNR projects–and most people don’t even know about it.

If you are interested in Michigan conservation, wildlife projects and maintaining the beauty of our Great Lake State, you can bet that SCI is involved somehow.

What is Safari Club International (SCI)?

That is a great question.

There are a lot of misconceptions about Safari Club International. Many people think, because of our name, we are a hunting club for wealthy people who go on safaris and shoot big game to hang on their wall. Our members do hunt all over the world, since it is an international organization. However, most members stick to their home state or continent for their hunting–and anyone can join. It is not an elite club for the upper echelons of society.

It is a group for anyone who cares about wildlife conservation, hunters’ rights, and supporting the culture of hunting.

Actual hunting is only a part of the story

SCI plays a major role in litigation and hunter advocacy around the world. Much of that advocacy involves conservation and the fair treatment of hunters and animals everywhere.

SCI is the leading voice in the fight to protect our freedom to hunt, both in the United States and internationally. The SCI Hunter Advocacy department is headquartered in Washington, DC, advocating on behalf of SCI members and non-members alike. From staff dedicated to legislation and policy to a team of litigators, SCI Hunter Advocacy is at the forefront of protecting our hunting heritage.

SCI is the leader in protecting the freedom to hunt and promoting wildlife conservation worldwide. These primary missions are supported through the many arenas of the organization.

Advocate: Since 2000, SCI has spent $140 million on protecting the freedom to hunt through policy advocacy, litigation, and education for federal and state legislators to ensure hunting is protected for future generations. Through direct involvement and partnerships with like-minded organizations, SCI has become a political force in Washington, D.C. and other world capitals.

What is SCI doing in Michigan?

Click here to see what SCI is currently doing legislatively to protect hunting and improve conservation in Michigan.

Currently SCI MIC operates on an annual budget of approximately $50,000. Its major sources of present and future funding are:

Did you know that SCI, through the MIC, reintroduced the moose to Michigan in the 1980’ 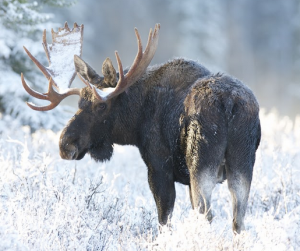 In 1985, the Michigan Department of Natural Resource’s long-term goal of moose reintroduction became a reality with a grant from the Michigan Involvement Committee (MIC), a collaboration of Michigan SCI Chapters that work routinely with MDNR. You can read all about it here.

This is just one of many, many stories where Michigan SCI Chapters supported DNR efforts and projects.

Here are some more ways:

We started the Lansing Area Chapter in the year 2000 and we now have grown to nearly 500 members. If you share an avid commitment to hunting and conservation, and support protecting our rights as hunters, we invite you to join us.

Visit our membership page for more information and to download an application today. 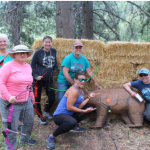 Conservation in the Classroom: A teacher’s storyWildlife Conservation